Baahubali 2 review or Baahubali 2 The Conclusion review will be the highly searched tag for next two days. Why not, world’s most awaited magnum opus Baahubali 2 starring Prabhas, Anushka, Rana in main leads is releasing today night with paid premiers in Telangana states and special benefit shows in many corners of the world.

For those who are acquainted to Internet, social media and regular review follow-ups, Umair Sandhu from Dubai won’t be a new name that needs introduction. Yes, reportedly calling himself as film and fashion critic at South Asian Cinema Magazine UAE, UK and India, he posts the reviews of all latest films in advance. Same happened for Baahubali 2 and this is what became popular on net as Baahubali 2 Dubai review of which few highlights are here:

- Baahubali 2 is India’s costliest and grandest film till date on both budget and scale.

- BAAHUBALI 2 CGI is easily comparable to the Hollywood greats like THE LORD OF THE RINGS series and even the HARRY POTTER series that featured entire towns, cities and regions artificially developed to look realistic. Effort and detail that went into making BAAHUBALI 2 is visibly evident in the stunning waterfalls, the spectacular city of Mahishmati and the sheer cliffs.

- BAAHUBALI 2 casting is just perfect with every actor doing a brilliant job in their respective roles. Special mention goes to both Prabhas and Rana, for some outstanding work, especially for Rana who excels in portraying the angry King Bhallala. 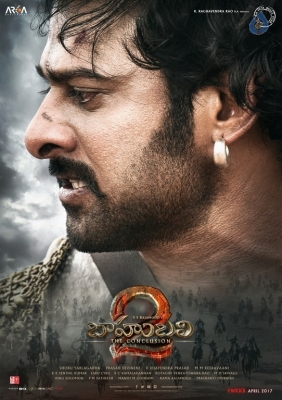 - Ramaya Krishnan, despite being in a supporting role manages to leave an impact. The other two supporting cast members Nasser and Satyaraj as Bijjaladeva and Kattappa are impressive as well.

- No Indian storyteller comes close to what S.S. Rajamouli envisions and executes on screen.

- BAAHUBALI 2 screenplay is beyond fantastic.

- BAAHUBALI 2 makes you proud that an Indian filmmaker dared to dream big and accomplished it.

- BAAHUBALI 2 is definitely not to be missed. Call it a box-office blockbuster today, but tomorrow, it will be remembered as a classic.

To know the facts and authenticity behind this review, let's wait for few more hours but meanwhile Mahishmati admirers are believing in this.